Biography: Dr. Yingxu Wang is professor of cognitive systems, brain science, software science, and intelligent mathematics. He is the founding President of International Institute of Cognitive Informatics and Cognitive Computing (I2CICC). He is FIEEE, FBCS, FI2CICC, FAAIA, and FWIF. He has held visiting professor positions at Univ. of Oxford (1995, 2018-2022), Stanford Univ. (2008, 2016), UC Berkeley (2008), MIT (2012), and a distinguished visiting professor at Tsinghua Univ. (2019-2022). He received a PhD in Computer Science from Nottingham Trent University, UK, in 1998 and has been a full professor since 1994. He is the founder and steering committee chair of IEEE Int’l Conference Series on Cognitive Informatics and Cognitive Computing (ICCI*CC) since 2002. He is founding Editor-in-Chiefs and Associate Editors of 10+ Int’l Journals and IEEE Transactions. He is Chair of IEEE SMCS TC-BCS on Brain-inspired Cognitive Systems, and Co-Chair of IEEE CS TC-CLS on Computational Life Science.
His basic research has spanned across contemporary scientific disciplines of intelligence, mathematics, knowledge, robotics, computer, information, brain, cognition, software, data, systems, cybernetics, neurology, and linguistics. He has published 600+ peer reviewed papers and 38+ books/proceedings. He has presented 65+ invited keynote speeches in international conferences. He has served as honorary, general, and program chairs for 40+ international conferences. He has led 10+ international, European, and Canadian research projects as PI. He is recognized by Google Scholar as world top 1 in Software Science, top 1 in Cognitive Robots, top 8 in Autonomous Systems, top 2 in Cognitive Computing, and top 1 in Knowledge Science with an h-index 66. He is recognized by ResearchGate as among the world’s top 1.0% scholars in general and in several contemporary fields encompassing artificial intelligence, autonomous systems, theoretical computer science, engineering mathematics, software engineering, cognitive science, information science, and computational linguistics. He has published formal proofs for two of the world’s top ten hardest mathematical problems known as the Goldbach conjecture and Twin-Prime conjecture in 2022.

Biography: Li Shipeng is an academician of the International Eurasian Academy of Sciences and a fellow of the IEEE. He is the Director of Applied Intelligence Research Institute of Suzhou Industrial Technology Research Institute. Formerly the Executive Director of the Shenzhen Institute of Artificial Intelligence and Robotics (AIRS); Vice President of IFlytek Group and co-director of Research Institute; Chief Technology Officer of Cogobuy Group. He is a co-founder of Microsoft Research Asia and has served as Vice President, Principal Researcher and partner of Microsoft Research Asia. Before joining Microsoft, Dr. Li was a researcher at Sarnoff.
As the former editor-in-chief of Video Technology Special Issue of IEEE Transactions on Circuits and Systems, Fellow of the International Institute of Electrical and Electronics Engineers (IEEE) and Academician of the International Eurasian Academy of Sciences, Academician Li is an influential leading expert in multimedia, Internet, computer vision, cloud computing, Internet of Things and artificial intelligence. He holds more than 200 U.S. patents and more than 330 international technical papers with 25,600 citations (H-index: 83). He is listed by Guide2Research as one of the world's top 1000 highly cited computer scientists and ranked 18th in the Chinese mainland in 2020. Over the years, he has trained four winners of the MIT TR35 Innovation Award (the 35 most promising innovators in the world under the age of 35).<More> 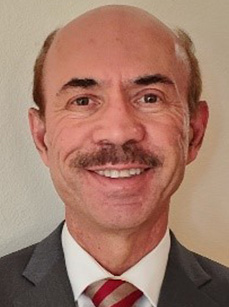 Biography: Shahram Latifi, an IEEE Fellow, received the Master of Science and the PhD degrees both in Electrical and Computer Engineering from Louisiana State University, Baton Rouge, in 1986 and 1989, respectively. He is currently a Professor of Electrical Engineering at the University of Nevada, Las Vegas. Dr. Latifi is the co-director of the Center for Information Technology and Algorithms (CITA) at UNLV. He has designed and taught undergraduate and graduate courses in the broad spectrum of Computer Science and Engineering in the past four decades. He has given keynotes and seminars on machine learning/AI and IT-related topics all over the world. He has authored over 250 technical articles in the areas of networking, cybersecurity, image processing, biosurveillance, biometrics, document analysis, fault tolerant computing, parallel processing, and data compression. His research has been funded by NSF, NASA, DOE, DoD, Boeing, Lockheed and Cray Inc. Dr. Latifi was an Associate Editor of the IEEE Transactions on Computers (1999-2006), an IEEE Distinguished Speaker (1997-2000), and Co-founder and General Chair of the IEEE Int'l Conf. on Information Technology (2004-2015). Dr. Latifi is the recipient of several research awards, the most recent being the Barrick Distinguished Research Award (2021). Dr. Latifi was recognized to be among the top 2% researchers around the world in December 2020, according to Stanford top 2% list (publication data in Scopus, Mendeley). He is a Registered Professional Engineer in the State of Nevada.

Biography: Prof. Yulin Wang is a full professor and PhD supervisor in the School of Computer Science, Wuhan University, China. He got PhD degree in 2005 in University of London, UK. Before that, he has worked in high-tech industry for more than ten years. He led or participated in many important research programs, and achieved several ministry level awards. He got his master and bachelor degree in 1990 and 1987 respectively from Xi-Dian University, and Huazhong University of Science and Technology (HUST), both in China. His research interests include digital rights management, multimedia and network security, signal processing, and Artificial Intelligence. In recently 10 years, Prof. Wang has published as first author 3 books, 40 conference papers and 45 journal papers, including in IEEE Transactions and ACM proceedings and Elsevier Journals. He hold 8 patents. Prof. Wang served as editor-in-chief for International Journal of Advances in Multimedia in 2010. He served as reviewer for many journals, including IEEE Transactions on Image Processing, IEEE Signal Processing Letters, Elsevier Journal of Information Sciences. He served as reviewer for many research funds, including National High Technology Research and Development Program of China (‘863’ project). Prof. Wang was the external PhD adviser of Dublin City University, Ireland during 2008-2010. He was the keynote speakers in many international conferences. He bas been listed in Marcus ‘who’s who in the world’ since 2008. 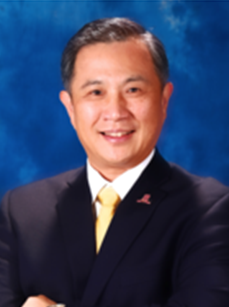 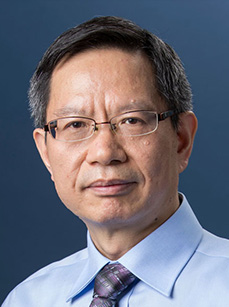 Institute of Automation of Chinese Academy of Sciences, China 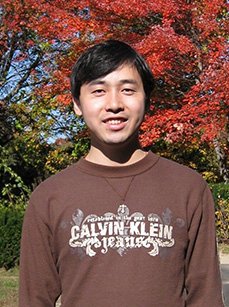 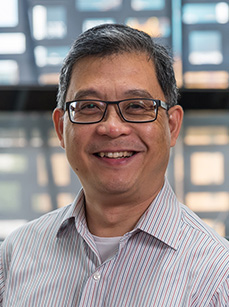 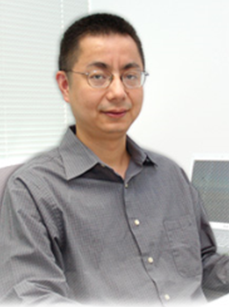 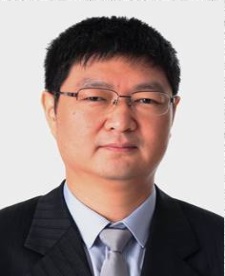